The stabilization works carried out on the structure of the former railway tunnel of the Ponferrada-Villablino line, at the reservoir of Bárcena (El Bierzo), have been finished. Extraco, company in charge of the works, has delivered them to the Miño Sil Hydrographic Confederation.

The former tunnel was part of the ancient railway line that used to link the towns of Ponferrada and Villablino, which was modified in the 60’s by the construction of the reservoir, at the banks of river Sil. Currently, the structure is under water part of the year and is used to collect water from the reservoir in order to supply the irrigation at Cubillos del Sil.

The works carried out by Extraco involved the partial demolition of the tunnel, the construction of banks in the area closest to the reservoir, upgrading the valve and collection installations; the stabilization of the internal lining of the structure with new frames, the build-up of the surfaces and the installation of supporting trusses with Bernold plate. The works were completed with new Californian drains throughout the tunnel, the execution of new inverts with interior ditches and illumination improvements. 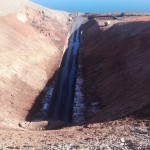 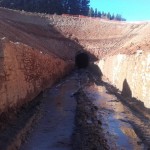 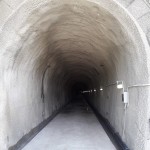 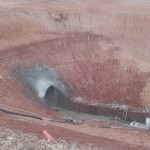