The president of the Xunta de Galicia opened the new pilgrim hostel of Monasterio de Oseira (Ourense), built by EXTRACO

The monastery of Santa María la Real de Oseira, in San Cristovo de Cea (Ourense), opened at the end of March a new pilgrim hostel, completing the previous existing one in the monastic complex, which was also refurbished by EXTRACO, commissioned by the Axencia de Turismo de Galicia (Galician Tourism Agency).

Last 28th March, the president of the Xunta de Galicia, Mr. Alberto Núñez Feijoo, participated in the opening of the new monastery’s facilities, an architectural complex of high historical value which was exalted by the president as an example of Galician heritage linked to the Way of Saint James.

The monastic community, established in the 12th century, already had a hostel, which has been recently reopened to the public in Easter after a full refurbishment, that included, among other improvements, a new adapted toilet for disabled people, a double room also adapted and renovations of the ground floor, hall, laundry room and warehouse. The restoration of these facilities is part of the joint construction project undertaken by EXTRACO, which also refurbished some disused areas (old stables located on the back of the monastery) into a new pilgrim hostel connected to the ancient lodging.

The monumental complex has been respected in the new building and in the adaptation of the previous one. Certain demolished areas have been restored and some special materials adapted to the unique environment were used.

With the inauguration of these facilities, 76 additional places are added to the public network of accommodation on the Pilgrims’ Route to Santiago de Compostela on the Silver Way, managed by the Xunta de Galicia. 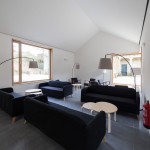 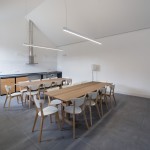 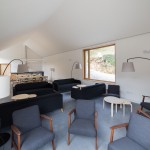 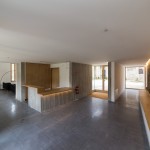 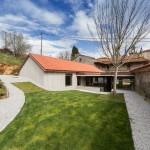