Extraco was one of the main companies involved in the III International Congress on Civil Engineering and Territory, organized in Vigo by the Colexio de Enxeñeiros de Camiños, Canais e Portos de Galicia and the Ordem dos Engenheiros de Portugal, last October. The event was the scenery chosen for the presentation of two significant R&D&I projects in which the company participates: ‘Innobiorresiduos’ and ‘Cenicienta’.
The ‘Innobiorresiduos’ Project aims to increase the value of agro-food waste in innovative applications. Extraco has been working on this initiative since 2016, in collaboration with the Research Group on Agro-food Biotechnology of the University of Vigo (UVigo), coordinated by Professor José Manuel Domínguez, from the faculty of Chemistry of Ourense, and the Research Group on Civil Engineering and Marine Power (GICEMA) of the Escuela Politécnica Superior de Lugo (University of Santiago de Compostela-USC), coordinated by Professor Alberte Castro.
Apart from the production of enzymes, bacteriocins and biosurfactants from cellulosic fractions present in agro-food waste of different origins (waste from chestnut burrs, tree pruning, wood panels), the research aims to produce bio asphalts with a natural antioxidant as binding agent, called lignine.
Another highlighting project has been named ‘Cenicienta’, an initiative for the optimized use of ashes from power stations within the scope of civil works and building, in which Extraco participates since February 2016.
The main objective of this research is the use of the bottom ashes produced in power stations for the manufacturing of mortar, concrete, prefabricated concrete elements and hot bituminous mixtures.
Together with Extraco, two research groups of the Universities of A Coruña (UDC) and Santiago de Compostela (USC) take part in this initiative: the Building Group (GCONS) of the ETS Ingenieros de Caminos, Canales y Puertos de A Coruña, coordinated by Professor Fernando Martínez Abella, and the Research Group on Civil Engineering and Marine Power (GICEMA) of the Escuela Politécnica Superior de Lugo (USC), coordinated by Professor Alberte Castro.
Both projects receive public funding obtained in the competitive call ConectaPeme 2016 of the Galician Innovation Agency (GAIN)-Regional Department of Economy and industry of the Xunta de Galicia, charged against ERDF funds of the European Union. Project Codes: IN852A 2016/128 and IN852A 2016/178. 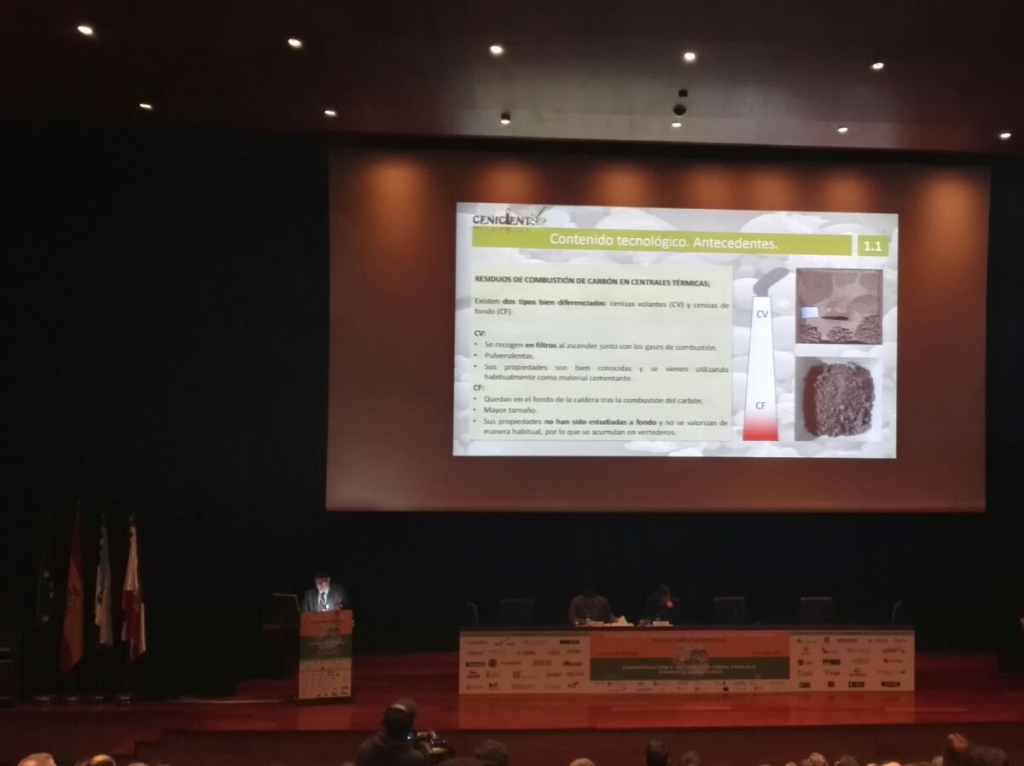